Boilers with wide modulation ratios can improve efficiencies and comfort while reducing wear and tear on components – but what does the term mean, and how can installers explain it, and its benefits, to end users?  Here Alister Maclachlan, product director at Vokèra, provides some advice following the launch of Vokèra’s Linea One boiler that boasts a modulation ratio of 10 : 1.

In recent years some boiler manufactures have started to talk about modulation ratios – but what does the term mean and, more importantly, how does the end user benefit? 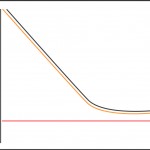 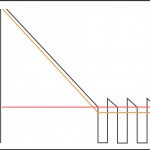 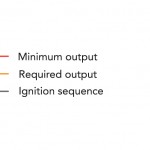 There are two important reasons why a good boiler modulation ratio is preferable – and understanding these reasons can help installers explain the benefits to end users.

Firstly, a good boiler modulation ratio reduces constant on/off cycling, improving efficiency and boiler longevity.  For example, if a boiler has a high maximum output – let’s say 40kW – yet only has a modulation ratio of 4:1 it will only be able to modulate down to 10kW.  However, when most rooms have reached the required temperature and radiator TRVs have closed, the demand on the boiler will be considerably less than 10kW.  This means that the minimum output of the boiler will be higher than it needs to be, so the boiler will constantly switch on and off – leading to fuel inefficiency and unnecessary wear and tear on its components and parts.

A boiler with a high maximum output and a good modulation ratio, however, will be able to modulate down to an extremely low output, reducing wear and tear on primary components (fewer on/off cycles increase component longevity) and optimising fuel efficiency.

The second reason is uniquely associated with combi boilers, as it concerns the stability of domestic hot water (DHW).  A boiler with a poor modulation ratio won’t be able to maintain a stable DHW flow temperature at a low flow rate, and might even cause the burner to switch off during operation.  This can be a significant issue for end users who prefer showers over baths or for those who require a constant DHW outlet temperature – for example where there are young children or elderly people in a household, who are at a higher risk of scalding.

So when selecting a combi boiler it’s crucial to consider modulation ratios – and to remember that performance isn’t just about kW output.  Nowadays 40kW combis are commonplace, having been introduced to improve hot water flow rates; in the 1980s a typical combi boiler had an output of 24kW (80,000BTUs) and a DHW flow rate of around 9.5l/pm at a 35oC differential, leading to end user gripes about hot water performance.  However, installing a combi boiler with a high maximum output and a poor modulation ratio in a typical UK property is unlikely to deliver optimal efficiency, or comfort.

Let’s take a three-bedroom semi-detached house, built in the 1960s, as an example.  This type of dwelling will probably only need a maximum of 15kW for space heating, and significantly less when it has reached temperature, especially if the property is insulated and has heating controls fitted.  Hence a 40kW combi boiler that can only modulate down to 10kW isn’t good news for the customer either in the short or long term; as well as resulting in DHW instability and temperature fluctuations it will be unable to deliver fuel economy (the end user will of course be expecting their new boiler to deliver savings), and will probably suffer from early component failure.

Installers have a key role to play in ensuring that UK heating systems become more efficient, and end users will very often turn to them for advice.  We believe that an increasing number of astute installers are beginning to recognise that if a boiler can boast a wide modulation ratio it will deliver significant benefits.  It is however important to demonstrate this to customers, as it could help them in their decision making process.  Manufacturers should be able to assist by providing diagrams and literature, which can help to explain the concept – and benefits – in a simple, easy-to-understand way.

Vokèra has made a significant investment in the development of boilers with excellent modulation ratios.  Our Linea One 38kW combi boiler boasts a class-leading 10:1 modulation ratio, enabling it to modulate its output to 10 per cent of its maximum – 38kW down to 3.8kW.

For more information about the Vokèra Linea One boiler, click here

If your boiler requires a repair, we offer a fixed price repair which includes call out, labour and parts (Terms and Conditions apply).

Repair & Care is a maintenance & support plan for your broken-down boiler, providing a one-off repair (where repairable) and then ongoing maintenance and support for your boiler and controls, to help ensure they continue to work correctly and to minimise the chances of mechanical and electrical breakdown. It is provided by Domestic & General Services Limited.

If you have taken out a Repair & Care plan, you have a no fix no fee promise. If the expert engineer can’t fix the initial fault or if the boiler is beyond economic repair, you’ll get a full refund of any monies paid up until that point – no questions asked.

An experienced and professionally qualified engineer will service your boiler in accordance with the following schedule: